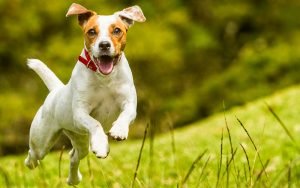 A substance called xylitol is making thousands of dog sick and even causing death, affecting more pets now than ever before, and it’s probably in your home right now.

Cases of xylitol poisoning in dogs have increased dramatically in recent years, The Wall Street Journal reported, citing statistics from the Pet Poison Helpline, which received 10 times as many calls relating to xylitol by November 2015 than in all of 2009.

“There are still a lot of dog owners who have never heard of xylitol,” Ahna Brutlag, associate director of veterinary services for the hotline told The Wall Street Journal. “Nor do they understand that something this benign, an ordinary sweetener, could be toxic to pets.”

Learn about this substance, why it’s dangerous to dogs, and what to do if your dog eats it.

Xylitol is a sugar substitute most often associated with “sugar-free” chewing gum and mints, but it’s also found some brands of peanut butter, toothpastes, certain medications, and vitamins, many sugar-free products (chocolate, JELLO, yogurt, pudding), and even some household products such as baby wipes and lip balm. A comprehensive list of products is available here. VCA Hospitals reports that xylitol is 100 times more toxic to dogs than chocolate.

Why Is Xylitol So Dangerous?

According to Caroline Coile, AKC Family Dog Nutrition & Health columnist: “The dog’s pancreas confuses xylitol with real sugar and releases insulin to store it. The insulin removes real sugar from the bloodstream and the dog can become weak, and have tremors and even seizures starting within 30 minutes of eating it.” Other symptoms of hypoglycemia include poor coordination and vomiting/diarrhea.

Liver failure (and death) can also result from xylitol ingestion, and symptoms can take as much as eight hours as show up. A dog only needs to consume a very little amount of xylitol to receive a deadly dose. As much as two pieces of gum can cause a problem in a small-breed dog.

How Is Xylitol Poisoning Treated?

If you suspect your dog ate something with xylitol in it, no matter how little it was, contact your veterinarian (or an emergency veterinarian if off-hours) immediately.

“Because the amount of xylitol in gum and other products varies so widely and because some manufacturers don’t report how much is in their product, it’s important to call your veterinarian as soon as possible if he ate something with xylitol in it,” Coile says.

A good prognosis is dependent on how quickly the pet is treated. Your veterinarian may need to stabilize your pet’s blood sugar, give intravenous fluids, monitor your pet, and use other therapies to treat symptoms.

Related posts
Ask the Vet: Thanksgiving Pet Safety Tips
November 13, 2017
AVMA 2017 Convention Highlights Feature Exhibitors, Experts, Education
August 4, 2017
Canine influenza is highly contagious and knows no boundaries
June 2, 2017
Check out or services and special pricing
May 10, 2017
Cytopoint Is Now Available On The Market And We Have It!
May 5, 2017
What Happens When A Dog Reverse Sneezes?
May 5, 2017
Dr. Susan Barrett

Over 40 Years Experience in Dog Breeding and Training for show dogs and family pets!

Business Hours
Mon, Tues, Wed, Fri 9am to 6pm Saturday 9am to 4pm